What is Digital Diplomacy

Home What is Digital Diplomacy

– as perceived nowadays, by most of us –

Which are the benefits for countries from digital diplomacy in these uncertain times in international relations?
Traditional diplomacy still leads Digital Diplomacy, but all state actors need rebranding. Open access to cultural content and interaction with a global audience, digital diplomacy is now a political tool and strategy and mostly to preserve and promote their cultural heritage.

Digital Diplomacy is closely connected with Public Diplomacy and even with Cultural Diplomacy, but it also has the tools to influence these two pillars of Traditional Diplomacy. The way that that Diplomats do networking, communicate, collect and process information on Social Media could have an impact on public opinion. Diplomatic actors choose to create a good image and to create a relationship with public (combating hate speech, violence and echo chambers).

Soft power is an increasingly important tool of public diplomacy and countries could influence with the elements of their soft power: sports, arts science,tourism and become more attractive. As in present-day, soft power cannot be reduced to an effect, it is one of main sources of effect.

The purpose of Digital Diplomacy is to keep up to date the global audience, to follow the latest international issues and to be as transparent as possible. Through digital tools is also included the way some leaders, officials communicate with other countries or non-governmental organizations.

The UK is one of the leading countries when it comes to digital diplomacy. It is the first country to develop a Digital Public Diplomacy strategy.

Sweden has also drawn attention with its digital diplomacy team started in and it has gained a lot of followers in social networks. Many countries now have experts in digital diplomacy who work with their ambassadors.

Israel is one of the most active countries in digital diplomacy. Since the country needed to restore its image due to many incidents which Mavi Marmara is a part of, it decided to move diplomatic relations to online platforms.

If sombody will take into consideration the users number of social media, Facebook would be the third biggest country with its 1.3 billion members.

Obama is the first president to use Twitter as he sent his first tweet in June 2009. Obama`s most retweeted tweet is the photo of him hugging his wife after he won the elections saying four more years, this tweet was retweeted 749.301 times (Telegraph, 2012).

Twitter is the social media channel of choice for governments and foreign ministries, judging by the number of governments on the platform. Burson-Marsteller’s research team identified 856 Twitter accounts belonging to heads of state and government, and foreign ministers in 178 countries, representing 92 percent of all UN member states, with a combined audience of 356 million followers.

Since the departure of former U.S. President Barack Obama, who was the uncontested political leader of the digital world, Pope Francis (@Pontifex) has become the most followed world leader with more than 33.7 million followers on his nine language accounts.

U.S. President Donald Trump (@realDonaldTrump) is the second-most followed world leader, with 30.1 million followers on his personal Twitter account. He more than tripled the number of his followers during the election campaign in 2016.

It is good to educate people about big events, summits, international meetings and decisions. The most important leaders on global stage try to seem transparent by publishing important and official decisions on social networks, especially on twitter. Certain pages are being watched by diplomats themselves to find out the news and decisions. Donald Trump is the best example for using Digital Diplomacy, even some named his online diplomacy as “Trump Twitter Diplomacy”. What is more outrageous than presuming that employees from the presidential administration find information directly on twitter? The fact that he receives replies from other important leaders, on the same platform.

Trump big announcements on twitter, and the question of the day: “What has Trump tweeted today?” – became of any other foreign diplomats’ concerns.

From tech-ambassadors  to online countering terrorism, 2017 showed that digital diplomacy is evolving.

It is important to mention that some countries included near the three pillars of diplomacy(public diplomacy, economic diplomacy and cultural diplomacy), the pillar of DIGITAL DIPLOMACY. One of these countries is Denmark.

Denmark Created in 2017, the World’s first Ever Digital Ambassador – the TechAmbassador, and post it to Silicon Valley, Copenhagen and Beijing.

In the view of the Danish Government, it was neccessary to establish a formal diplomatic platform in order to engage in dialogue and collaboration on a broad range of topics with the tech-industry. Tech Ambassador Casper Klynge and his global team will therefore work to build strategic partnerships and engage directly with tech-hubs, governments, international organizations, civil society, cities, regions, world-class universities and other stakeholders.

Another initiative which was taken by the Ministries of Foreign Affairs was to develop an application for their citizens, in order to help them and find the information they need quickly.

Fake videos with fake massages, that will influence people more and more

SUPASORN SUWAJANAKORN, STEVEN M. SEITZ, and IRA KEMELMACHER-SHLIZERMAN from the University of Washington showed us how easy they created an animation that can manipulate a large mass of people.

They synthesized a high quality video of Obama speaking with accurate lip sync, composited into a target video clip. 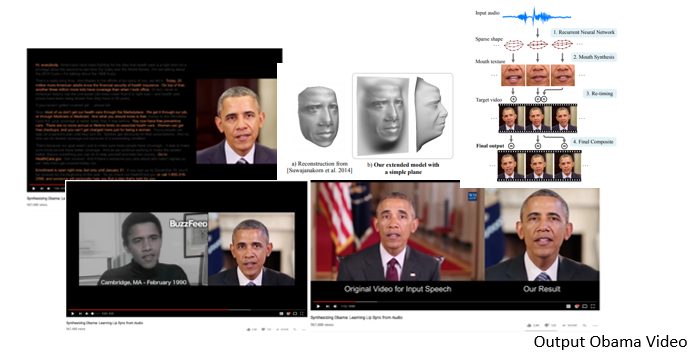 What are Former diplomats saying about Digital Diplomacy? 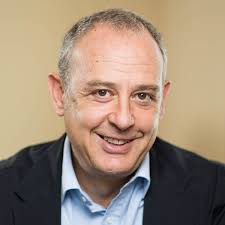 “When I decided to use these platforms as a digital diplomacy and public diplomacy tool, I certainly made a deliberate decision to use one platform over the other, precisely because I wanted to avoid the perception that my endeavor was anything but driven by Statecraft and street-craft. Nonetheless, I see more and more government agencies and ministries and public officials and politicians using a wider roster of social media tools, Facebook prominently amongst them, to complement reach and impact.” 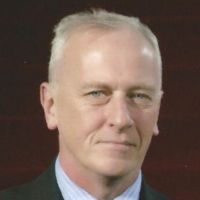 He served in the British diplomatic service, with postings in New York, Peking and Madrid.

“Digital Diplomacy must escape its obsession with social media.

The Ambassador blogs, the First Secretary tweets and the Third Secretary is on Facebook mentality will not cut it anymore.

Instead Digital Diplomacy must focus on the four areas in which it can support broader diplomatic strategies: (I) public diplomacy, (II) networking, (III)  information gathering & knowledge management, (IV) conflict resolution and mediation; and evolve the technologies, online platforms & tools that can deliver most effectively”

Embassies around the world have certainly embraced the digital platforms, but how can an embassy be relatable?

In 2017, Facebook Live – in particular, has seen an  increased used by world  leaders, politicians, and  diplomats.

When Diplomats discovered the social media as a communication channel, they thought this is a one way communication tool, but now they have to debate and face the issue of replying to public posts on their own social media profiles.

Digital diplomacy was seen as both a powerful tool to expand soft power reach in public diplomacy while also a means to move foreign policy out from behind closed-door rooms where only those with a security pass and an invitation could hope to express their views.

Digital diplomacy is a naturally effective tool for wider international engagement of the public.