What is Business Diplomacy?

Home What is Business Diplomacy?

We live in a globalized economy with many investment opportunities, companies have the chance to expand and operate abroad. As business people know that activating abroad comes up with some risks and they should manage those risks by better understanding their company´s geopolitical, political and legislative risk profile in all the countries where will operate.

This is the reason why Business Diplomacy offers techniques for risk management (geopolitical and non-commercial) based on the usual procedures and the attitude and mentality of diplomats. A diplomatic mindset is also needed in the company`s board team, because they are the prime diplomatic actors, who fight for company`s survival.

International developments and global economy (which is in a continuous transition) can both create opportunities and threats that must be anticipated. In order to protect their interests, companies need to develop internal skills to help them create and maintain good relationships with particular interest groups, governmental or non-governmental, which influence become relevant to the company’s activity.

Companies need to develop internal compentences that enable them to create, cultivate and manage high-level relationships, with international interest groups, governmental, non-governmental and private factors that are influential and relevant to the company`s profile. This requires a specific way to analyze, plan and act- sometimes in hostile conditions. That particular way of being is specific to a good diplomat. 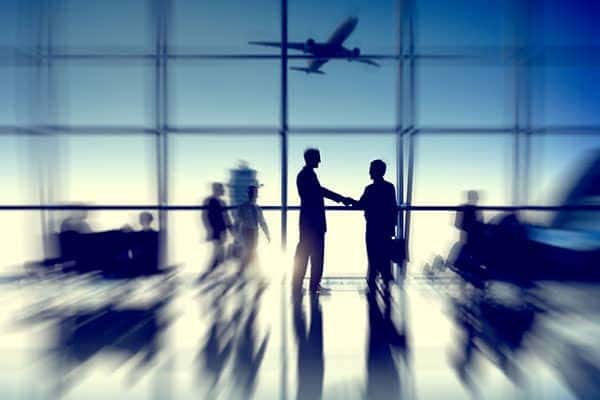 Some Diplomatic Secrets that could be useful for Business People

Some Diplomatic Secrets that could be useful for Business People:

Business diplomacy is not about requiring everytime soft skills. Sometimes is about building a solid network of stakeholders, on you could count.

It is in close connection with Cultural Diplomacy

Business Diplomacy does offer different ways of thinking about the exogenous or geopolitical risks they confront, and ways of mitigating their impact or maximizing post-incident recovery. Business Diplomacy looks to adapt the techniques and mindset of the (good) diplomat to the needs of the company.

Geopolitical uncertainty is now a major concern for business

Geopolitical risks are among the top threats for many and business people. If companies do not create a complex strategy against potential dangers, in the countries where they operate, they risk running out of the race no matter how well their strategy has been planned from simply economic perspectives.

Indeed, companies cannot control most of the political risks in the countries they work in, but they can take measures to limit their exposure and minimize potential interruptions. The more a company expands its operations in several countries, the more it faces a higher level of regional risk, geopolitical risk. Their complete removal is impossible, financial markets are at the highest rate of interconnection at this time, becoming increasingly volatile. This interconnection of the global economy increases the economic effects of any geopolitical conflict. Risk preparation and mitigation tools are the best weapons to reduce company losses.

Whether it is about the Arab Spring, Brexit, the frozen conflicts in Ukraine and the South Caucasus, or the sanctions imposed on Russia following the chemical attacks in Syria, global order is changing more and the most affected are the underdeveloped and developing countries. And for many executives and company representatives, these geopolitical risks can be manifested in many ways. From threatening the company’s financial and operational stability to declining stocks (if listed, reducing the number of buyers willing to invest in a country where there are risks / conflicts).

When international sanctions are being enforced, many countries will no longer want to trade with companies in the country and automatically many of them will collapse financially. A good example is the new sanctions imposed by the United States against oligarchs, companies and Russian government representatives. In such situations, investments are hit violently, very quickly, in seemingly stable places. A lesson to be learned from the Arab Spring, which began in 2010, is the potential of “regional contamination,” the conflicts were so strong that it continues today.

Engaging companies in this issue is essential, and also understanding the link between globalization and geopolitics. Identifying high-risk locations for corporations and adopting forecasting tools to increase resilience in today’s threats. According to a World Economic Forum report for 2018, geopolitical hazards are those in the Global Risk Interconnection Map below: (inter-state conflict, mass destruction weapons, collapse and state crisis, terrorist attacks, failure of regional governance or global, the failure of national governance)

The ability to understand local partners and to adapt business and sales relationships to suit the local context can be enhanced by the Workshops that will be organized within the Business Diplomacy program. It is essential for a company to integrate and stay in a long-term region.

Companies facing these challenges should not become geopolitical experts. However, they need to develop tools to anticipate and react to local and regional events.

What distinguishes geopolitical risks from other categories of risks is their unpredictable duration. Wars can take several years or decades. This makes business planning particularly difficult in the face of conflicts.

Therefore, understanding the geopolitical trade interests  in a country or region helps companies’ representatives make the right choices and minimize risks. Businesses also need to adapt to the economic, political, social and demographic contexts of the country and region in which they operate.

Geopolitical risks are particularly challenging for companies: they are hard to anticipate. The interaction between economic and geopolitical challenges helps businesses further manage their international value chain.